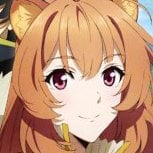 By DanyKhaleesi, January 9, 2020 in Magician